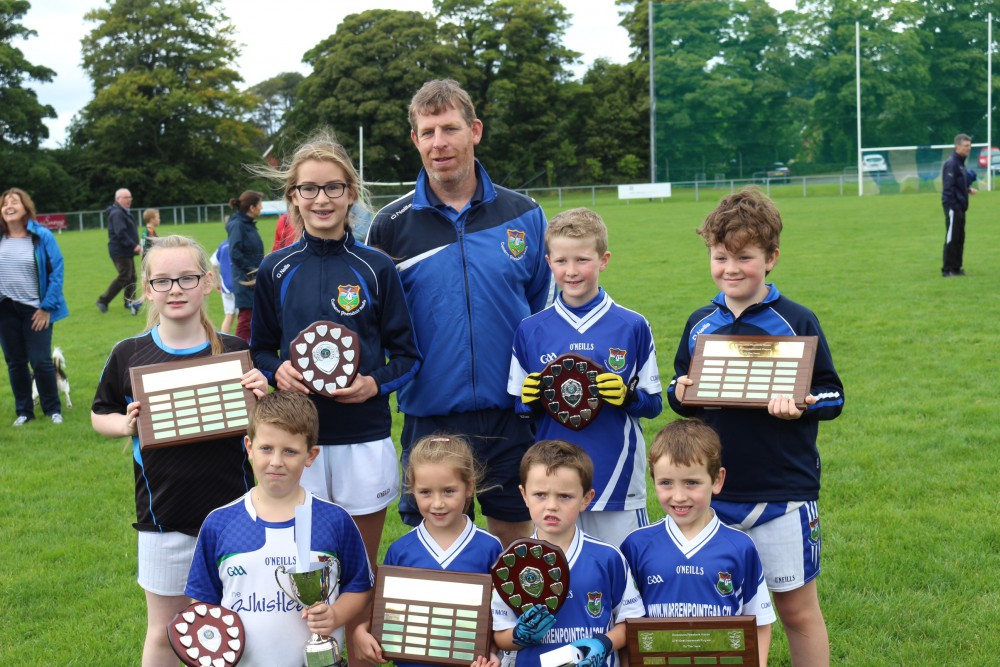 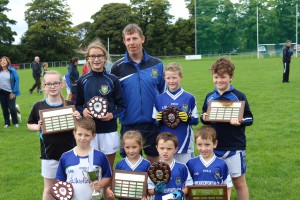 Cumann Pheadair Naofa hosted an end of season afternoon of football and fun for U-6, U-8, U-10 footballers and U-12 Ladies Footballers at Pairc Liam Uí Ír on Saturday 12 September. The children participated in mini sided Go Games Football matches with the theme of the day “Give Respect Get Respect”. Following the action packed afternoon of sport, the underage players enjoyed a barbecue, which was coordinated by Daniel Bird assisted by Gary McMahon and presentations were made to the Player of the Year and the Most Improved Player of the Year for each group.

Liam Howlett, Chairman of the Football Committee, thanked all the players, managers, coaches and parents for a great season and alluded to continuing success for many years to come. He also paid tribute to the managers and mentors for their valuable voluntary contribution and commitment to coaching and for the encouragement given to the young gaels. Thanks were expressed to the Cumann Pheadair Naofa Football Committee who organised the event.