Home » Reflections on the County Final

Reflections on the County Final 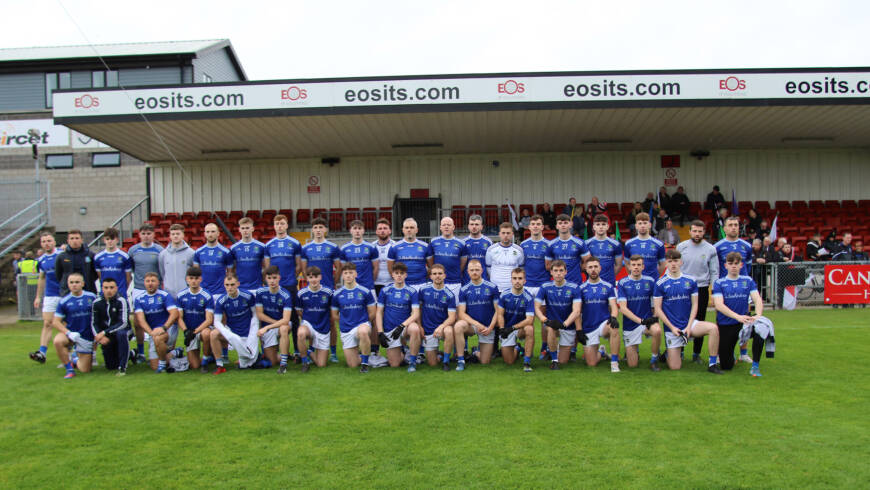 For the second time in three years the blues had to swallow the bitterest pill, an agonizing one-point defeat at the hands of the champions, again. Kilcoo were made to work extremely hard to get their hands back on the Frank O’Hare cup for a Twentieth time, whilst Warrenpoint must endure another year before they get another crack at ending their sixty-nine-year drought.

Although seriously hampered by injuries with close to five/six former regulars injured or having moved away and transferred since the last time these sides last met in the final, Warrenpoint still had a great belief & spirit that they could upset the odds. Losing to Kilcoo in 2019 by the narrowest of margins was heartbreaking stuff, so it was going to take an extra special effort to dethrone the All-Ireland champions.

Warrenpoint were first out of the blocks when Paddy Murdock slipped the ball to an in rushing Ruairí McCormack, who lobbed it over the bar from outside of the D. Kilcoo were back level within a minute as Ceilum Doherty did likewise at the other end.

The defining moment of the half came in the twenty first minute when Kilcoo’s Shealan Johnston lobbed a pass to Conor Laverty, that he off loaded with lightning speed to the in-rushing Ryan Johston, he rounded Gary McMahon and crashed the ball home to give the defending champions a 1-4 to 0-4 lead. To further Warrenpoint’s woes, Miceal Rooney found himself totally unmarked out on the wing a minute later and he slotted over his second of the day to make it a four-point game.

Mulholland’s men did manage to close the gap to two just before the end of the half, when Donagh McAleenan made a jinking run down the left flank, slipped inside to his right and stabbed his shot over the black spot. An Alan Davidson free with four minutes to go left the sides separated by two points at the break, Warrenpoint 0-6, Kilcoo 1-5.

Kilcoo opened the scoring three minutes in to the second half with a Paul Devlin free and ten minutes later when Kilcoo broke quickly out of defence Ryan Johnston slipped the ball out to his left only for Gary McMahon to brilliantly deny Jerome an almost certain goal at the expense of a 45m.

Warrenpoint introduced Ross McGarry midway through the half to tremendous cheers, having not had a competitive game in almost three months and just a goal separating the sides the tension and excitement started lifted the game to a very nervy final ten minutes. Could Warrenpoint stage a comeback? had Kilcoo done enough to defend their crown? These were the questions the crowd began to ask of themselves as the game reached a thrilling climax. Kilcoo failed to score in the last quarter with just an eighteenth minute Miceal Rooney point, but Warrenpoint were slowly and surely edging back into contention, as they whittled away at the lead. Ross McGarry was working hard up front, along with Davidson & Jamie Grant to the fore Warrenpoint got the next two scores from Paddy Murdock & a Davidson free. With seven minutes left on the clock the fantastic movement off the ball by McGarry saw him link up with Davidson, who slipped a pass through to Murdock, but his low shot was superbly blocked out by Rooney. Davidson pointed the resulting 45m & a close range free in the final two minutes as the game went from end to end with chances going a begging at both ends. In the dying seconds of injury time, a long-range Ryan Johnston effort looked to have sealed Warrenpoint’s fate, but thankfully dropped short into the arms of McMahon, much to the sighs of relief from the large Warrenpoint support, as the ref blew for full time.

Devlin & Ryan Johnston gave Kilcoo the best possible start to extra time, with Kilcoo sprinting out into a two-point lead within the first minute, before the ‘point men had time to settle themselves. By the sixth that lead had doubled, before Davidson ended the half with a free to bring the game back to just three points once more.

It looked as though Shealan Johnston would put the game beyond doubt two minutes into the second period, sprinting towards a one on one with the ‘keeper, he only had to slip the ball low and to the side to put the game out of reach, but McMahon spread himself excellently to deny Johnston and give the blues a glimmer of hope that there was still time to come back. But Kilcoo did what Kilcoo do best and held on to the final few minutes to run the clock down, Davidson did manage to tap over two more frees either side of Devlin’s soft 14m free, but it was the magpies who held on by their finger nails to lift a twentieth county title and progress to an Ulster quarterfinal against the winners of Armagh/Monaghan champions in a few weeks’ time. 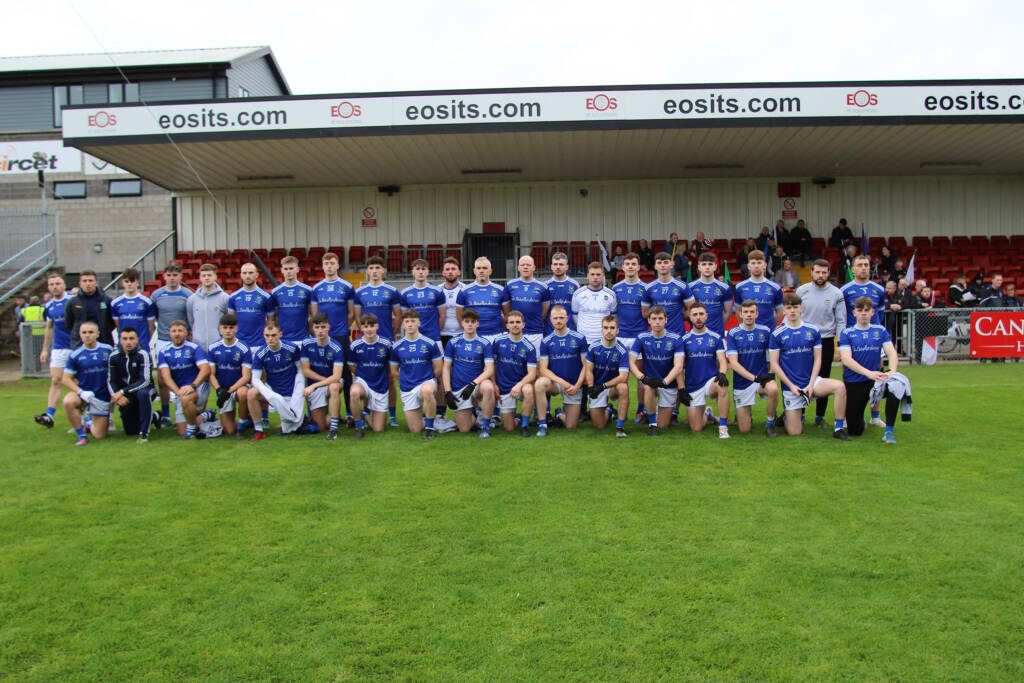