Home » First Ever Division One Title For The Point Men

First Ever Division One Title For The Point Men 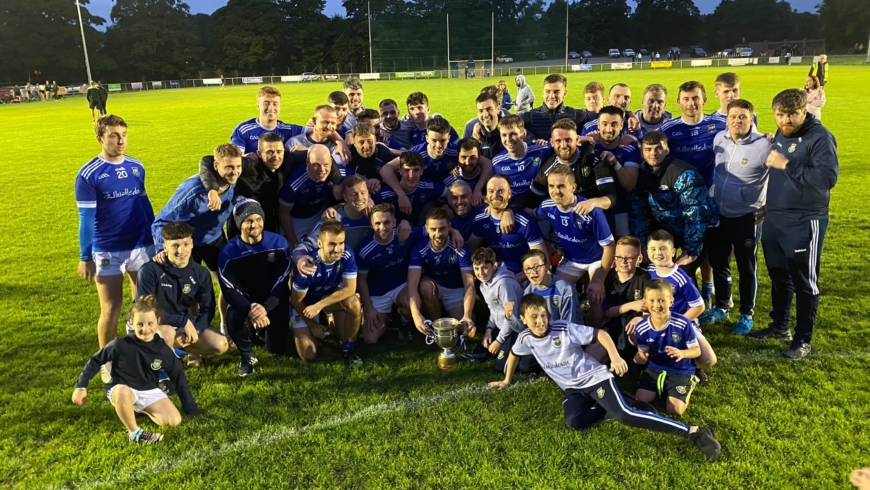 1888 to 2021, 133 years is a long time to wait but that wait was ended on Friday night after the Warrenpoint Senior Mens Footballers defeated Bryansford to win the Down All County Football League.

The Senior Mens Footballers have come tantalisingly close in recent years but after a focused league campaign they finally claimed their 1st Division 1 league.

Donagh McAleenan claimed the first score of the night within the first minute, putting down a marker for the rest of the night. Bryansford responded with a goal and a point placing the point men on the back foot.

Ross McGarry responded with a free from play and Niall McGovern got the Blues back in front with a super goal after a superb build up by the driven team.

Eoghan Byrne added to the score sheet with a spectacular point just in front of the 45 at a difficult angle and Ross thundered home another point moments later after a great dispossession by Ruairi McGivern.

The water break saw the lads 5 points in front – following the restart Eoghan Byrne and Paddy Murdock hit 2 scores from play, Bryansford picked up the last score of the half to send the teams in at the break 1-08 to 1-02.

Aaron Magee opened the scoring in the 2nd half with a shot from play, he again hit another after Bryansford rifled the ball into the Warrenpoint net. Scoring slowed down in the lead up to the 2nd water break but Ross kept the scoreboard ticking over 1-11 to 2-2.

Ryan Magee set up Ruairi McGivern for a score followed by a Sean O’Hare effort that sailed effortlessly over.

Bryansford still in the game and determined to end any Point celebrations came back with a point from play but Ross McGarry bagged a cracking goal and Sean O’Hare again picking up a point from play. Peter Sweeney mimicked his fellow defenders efforts in Murdock and O’Hare and picked up a score from a deep run.

Bryansford again eager to end the hopes of 133 years picked up 2 goals within 3 minutes but the victory was sealed when Eoin Carr, who was denied a goal minutes previous by the inside of the post, thundered in a goal.

When the final whistle blew tears of joy, smiles from ear to ear, cheers and applause from the many spectators at Moygannon were everywhere to be seen, in 133 years a league had never been won and everyone present were present for a moment in history.

Jack Devenny Down County Chairman praised the effort of the club over the last number of years and declared them worthy winners after a pandemic hit 18 months changed the lives of everyone.

This crop of Warrenpoint men, their management and the support network to the team throughout the club had brought some much needed and deserved joy to so many after a challenging 18 months.

At 8:25pm Ryan Boyle walked from the team huddle on the 45 line and proudly lifted the Division 1 Trophy and made history. Cumann Pheadair Naofa, 2021 Down All County Football League Division 1 Champions. Well done to all you have done your club, your families, your community and yourselves proud. 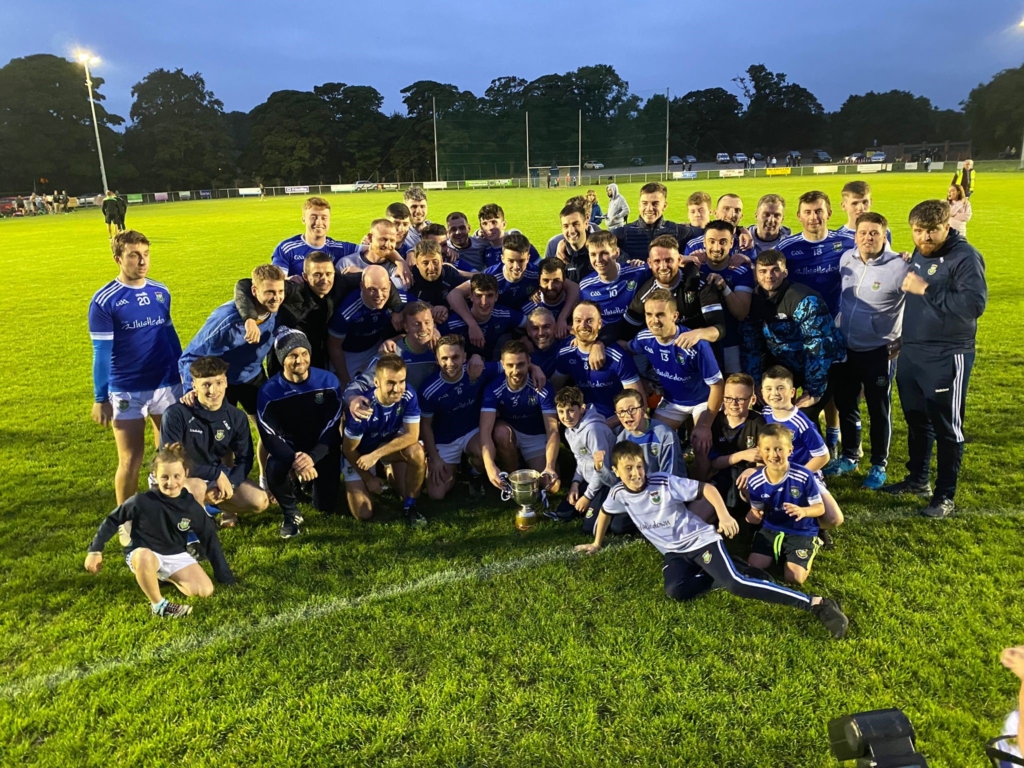