By Dermot Sun 1st May 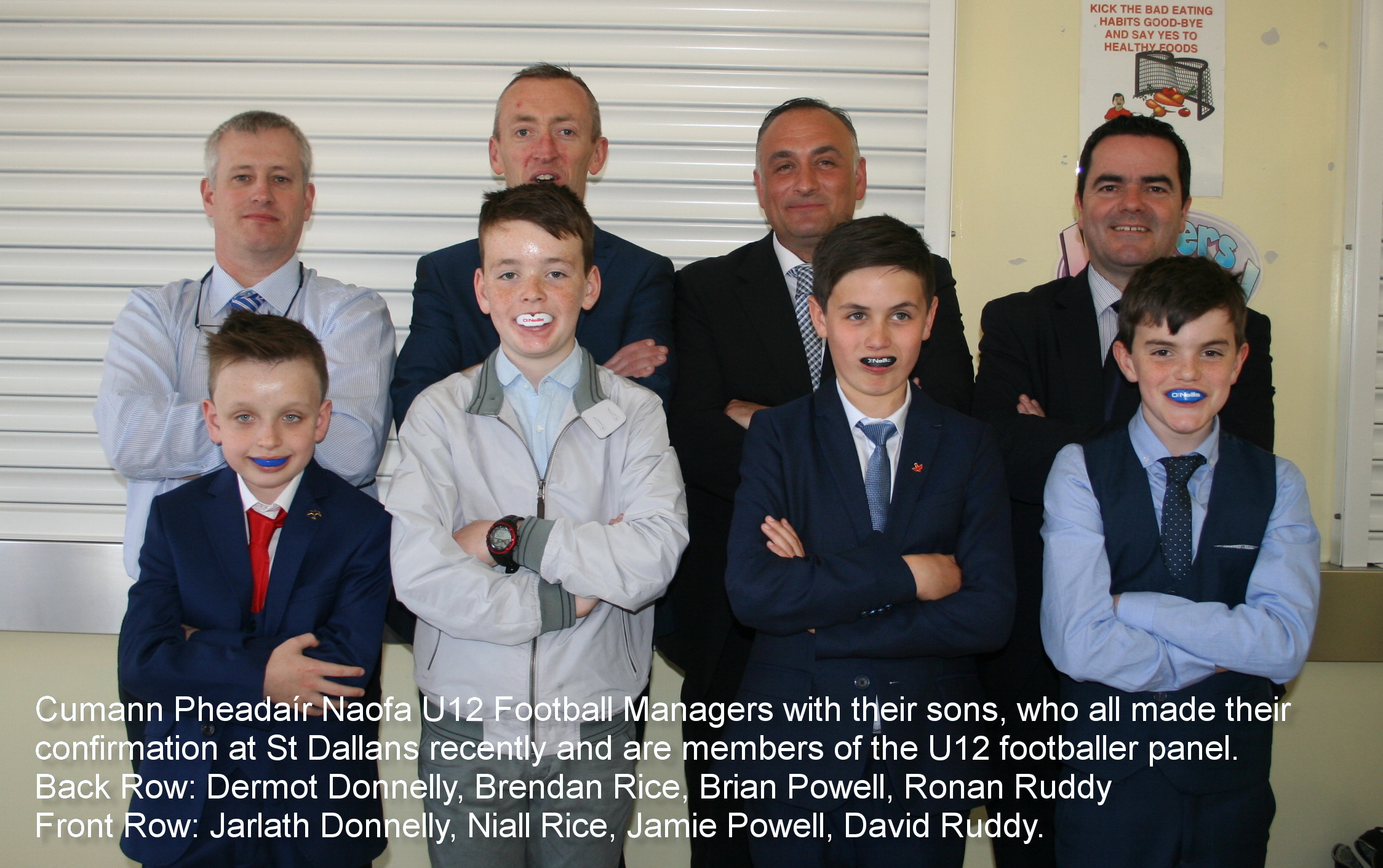 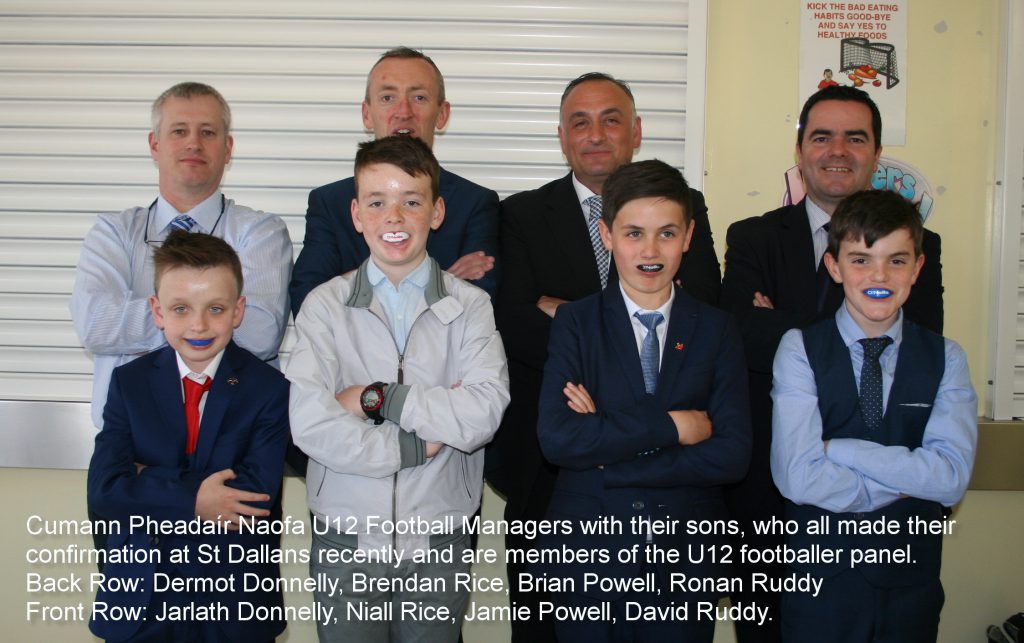 The GAA is often said to be a second religion in Ireland, this was no more evident at the recent Confirmation in St Dallans, were four of our club coaches and managers were there to see their sons receive the sacrament of Confirmation on Saturday. For the U12 Football management of Brendan, Brian, Dermot & Ronan have been with the U12 panel of boys for the last 5/6 years and have seen the development of the whole panel, which is close to thirty boys. Just as the boys have learnt about the holy sacraments in St Dallans, so too have they learnt of the skills of Gaelic football in Cumann Pheadaír Naofa. The current management have all seen victory and defeat from when they were younger, having all played for different clubs in their youth, but it’s always said that success is not just about the matches that are won, but of being the best you can be, with the hope that most, if not all of the U12s will someday represent their club at senior level.