Home » Warrenpoint U-18 B Minor Champions

Warrenpoint U-18 B Minor Champions 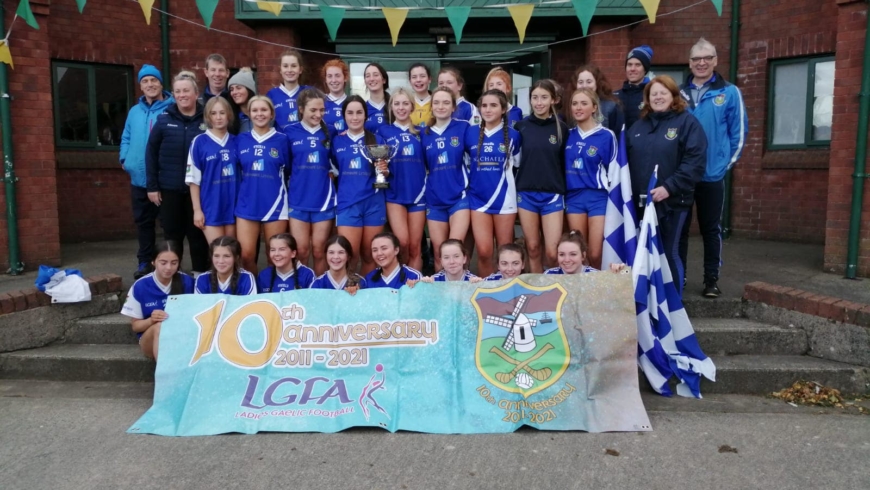 SHARE
Date: 7th November – 1:30pm
Teams: Saul vs Cumann Pheadair Naofa
Venue: Newcastle
Competition: B Championship final
A long season for the U18 ladies was to draw to a close with the B Championship final, played in Newcastle. Saul would go into the match as favourites, having won the league in dominant fashion & beaten Warrenpoint both home & away. The ladies from Warrenpoint had other ideas. Having been working exceptionally hard in training since the conclusion of the league campaign, the Blues were ready.
On a chilly & blustery day, the match started with Saul playing with the wind. Warrenpoint kept possession well, working the ball through the hands. With Saul trying to wrestle back possession, they conceded a string of frees during the first half, the first score of the game coming from one these, converted by Enya Quinn. The first half remained a tight affair, with both teams struggling to find their scoring, however Warrenpoint edged into a four-point lead by the break, thanks to their stronger attacking play & shoot on sight attitude. Scores coming from Enya Quinn & Anna Craven.
The match followed much the same pattern in the second half, with scoring opportunities few & far between. Eventually the Blues made a breakthrough to bag the first goal of the game, which seemingly gave them some breathing space. Saul were far from out of the game. With their physical approach, Saul were always threatening & came back with two goals of their own, the second one a well despatched penalty. The gap between the teams came down to four points & both sets of players sensed that victory might be theirs.
The Warrenpoint ladies put in a fantastic defensive shift, to repel the constant Saul attacks, at one point managing to break out quickly & take a point against the run of play, to open up the gap to 5 & settle the nerves ever so slightly. Time seemed to drag on for an eternity, for those Warrenpoint fans watching, but the calmest ones were the girls on the pitch, who displayed fine game management abilities, to see out the game & become B Championship winners.
Final score: Saul 2-3 Cumann Pheadair Naofa 1-11
Team Sheet: Cara Bradley, Millie Power-Bagnell, Muirin Sneddon, Aimee Kelly, Lillie McClorey, Caoimhe Quinn, Lauren Quinn, Katie Howlett, Sara Daly, Sydney Barnett, Enya Quinn, Anna Craven, Siofra McAteer (C), Erin Carr, Lia Rice, Ellen Daly, Chloe Savage, Katey Carvill, Shannon Doyle, Amy Clifford, Tara McGivern, Kate Mansfield, Orlaith Breen, Jennah Doyle, Tara Heatley. 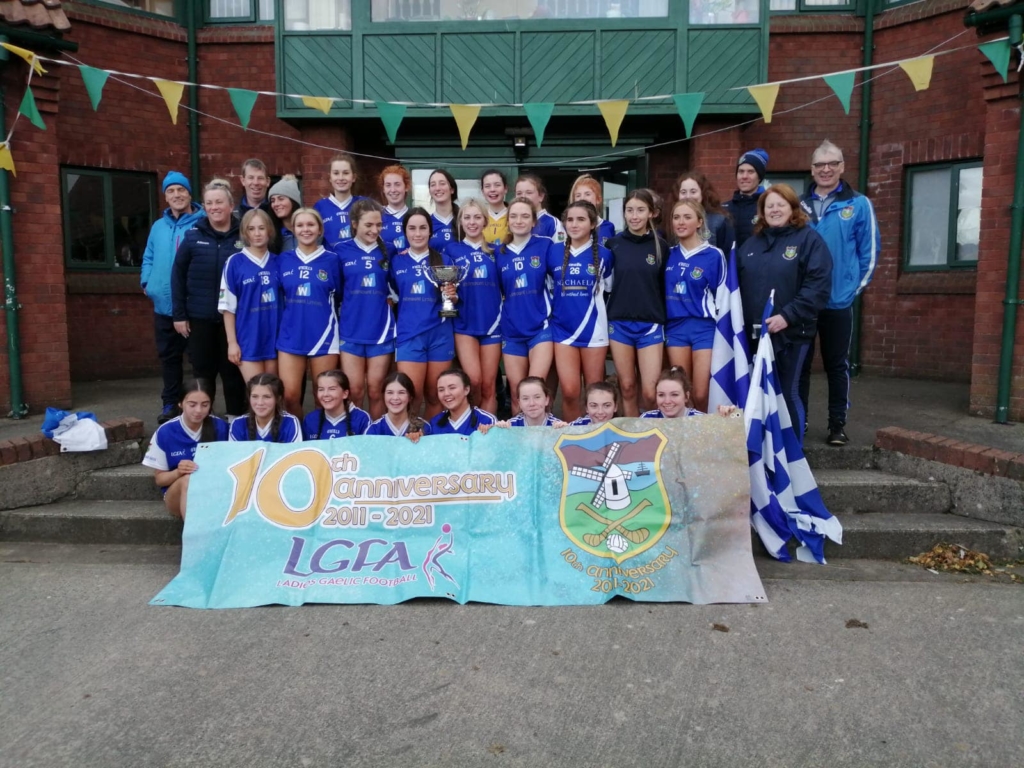