Cumann Pheadair Naofa had a great float in the Warrenpoint festival grand parade this year on the theme of water safety ‘respect the water’ to promote the partnership between the GAA and RNLI.

The aim is to reduce the number of accidental deaths in and around the waters edge. Warrenpoint, as a coastal club has agreed to be an ambassador club for this campaign and we organised a very successful ‘Warrenpoint Summer Splash ‘ program for teenagers which finished today with the RNLI themed ‘Respect the Water’ float.

There was a great turn out of young members in club gear on the lorry and the RNLI boat followed the float. Sincere thanks to everyone who made the program such a success this week, Laura Jackson from the RNLI, the NI fire and rescue water division team, the Kilkeel RNLI station for hosting a visit and to Carie Crawford youth leader from the education authority for facilitating the course so brilliantly. And a huge thanks to the 17 boys and girls who participated in the week’s activities and in today’s float. Well done everyone. 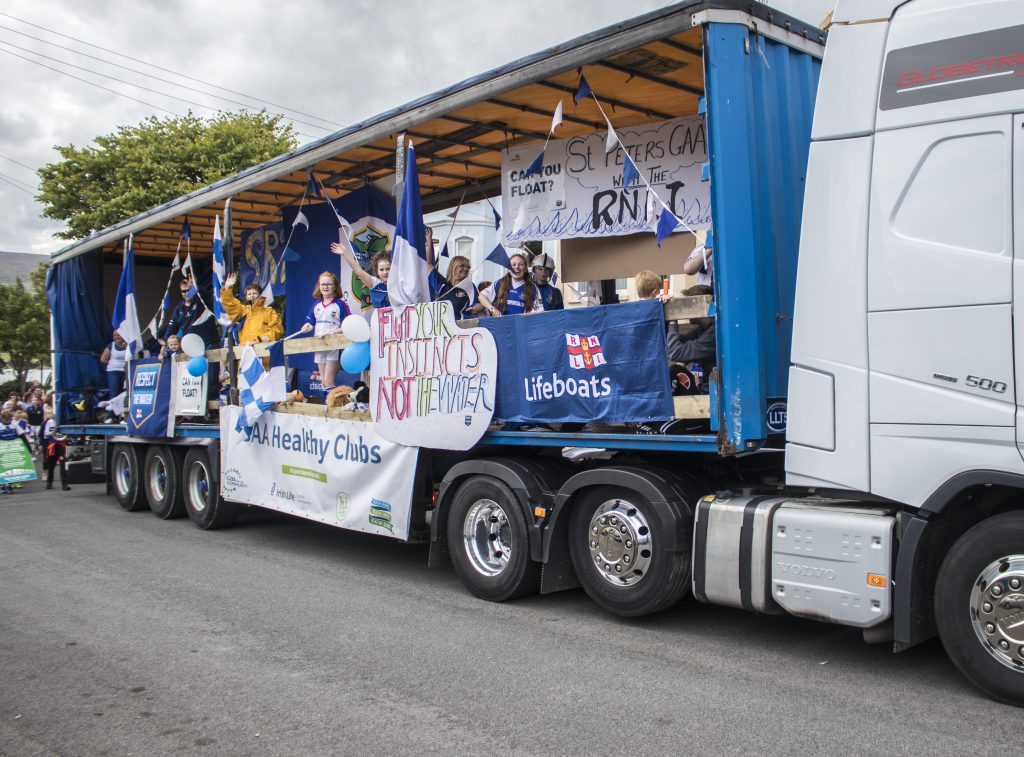 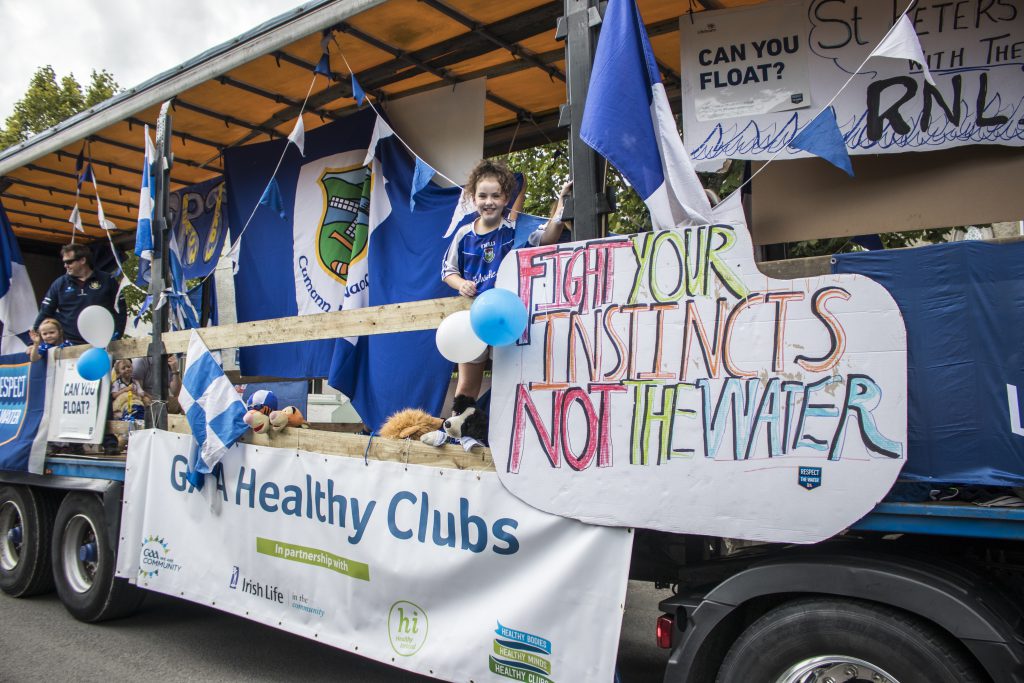