U14s prove too strong for Ballyvarley 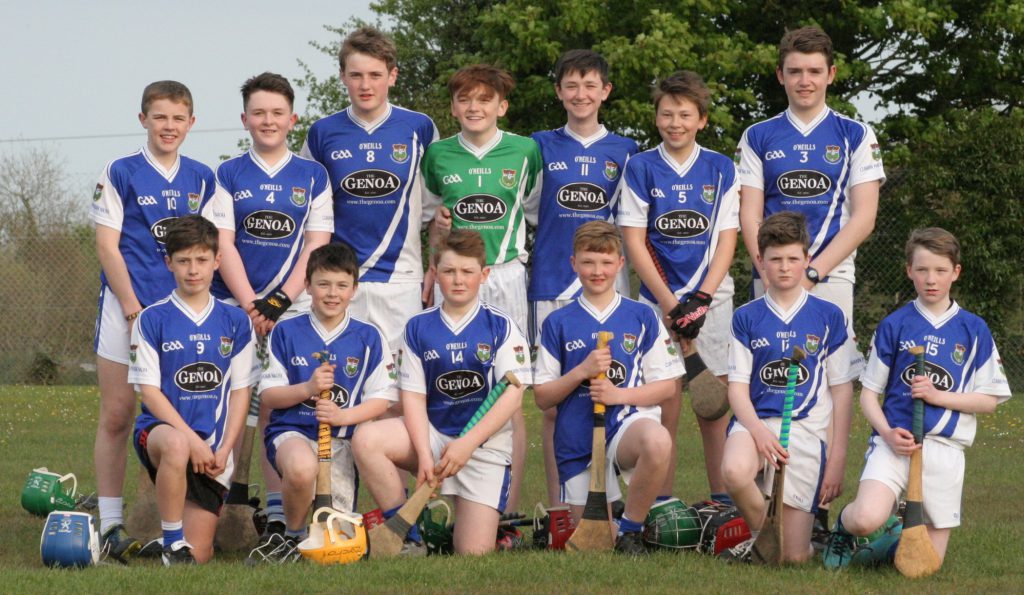 At first this score line does no justice to a brave and battling Ballyvarley side who never lay down, battling and making Conor Keenan’s charges fight for every ball until the final whistle. To be fair to the Banbridge side most of the damage was done in the second half when their diminutive keeper couldn’t be faulted for the goals conceded, seven of them, that should have dropped over the bar or be cleared wide, but instead slipped over his head and into the net. Not taking any polish off the young blues result, this was a day when everything went right, if you were a blues supporter and for the large crowd who turned out to cheer on their boys they were not disappointed with what was on offer. From the very start an Oisín Kelly point within two minutes was a sign of things to come as he was instrumental in everything that went right for Cumann Pheadaír Naofa. The first goal came from the industrious Eoin Cassidy, when he lofted in a high ball towards the goals and forwards Evan McLoughlin and Sean Morgan only for it to find the back of the net as it deceived everyone on the way past. Less than a minute later a 40m free in for the blues again found the back of the net, before Ballyvarley could reply with a goal and point from their standout player Imran. Indeed, the tall lanky midfielder was most impressive throughout the 60 minutes and he finished as Ballyvarley top scorer.

In goals for Cumann Pheadaír Naofa was the injured Tiernan Tinnelly who proved an able deputy for Jason Young who in turn ventured out the field. It was from a Tinnelly save and clearance that found James Murray in the half back line and his long, accurate pass into Oisín Kelly resulted in another fine point. Imran replied with a long range free for Ballyvarley as the game was starting slip away from the reds. Further goals and points from Zac Mackrell, who was having a fantastic day in the blue shirt, Tiernan Kelly and cousin Oisín had the Warrenpoint side 4-7 to 2-3 up at half time.

The second half saw Cumann Pheadaír Naofa fortunes improve further as the backline held out resolutely to keep their opponents to just three scores over the remaining 30 minutes. Midfielder and captain Eoin Cassidy, who must have covered every inch of the park carrying the sliotar out of trouble to the forward line, along with Tony Magee and Jack Houlihan played exceptional hurling, meaning Oisín Magone and U12 player Matthew Duffy were able to push forward and help out their attack as they mixed in with the big guys in midfield. Man of the match Oisín Kelly and Zac Mackrell, who ran a very close second for the best blue jersey player on the day, were now given an abundance of scoring chances which they gleefully took. As the game fizzled out as a contest the man of the match entertained the large crowd with some fine catches, turns and flicks that left the Ballyvarley defence open to score after score. Warrenpoint had a great day on the field, after the bitter disappointment of losing narrowly to neighbours shamrocks last week, the blues bounced back with vengeance, thanks to the guidance of Conor Keenan & Paul Brown from the side-lines. 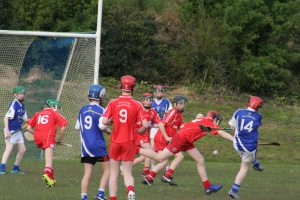 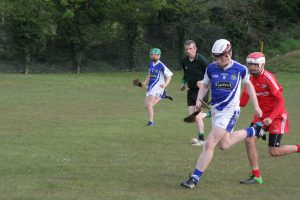 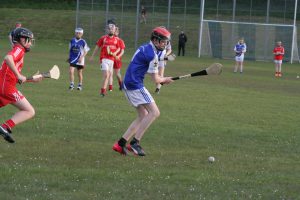 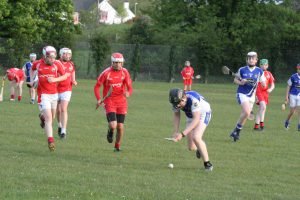 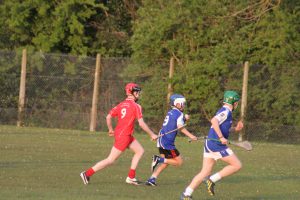 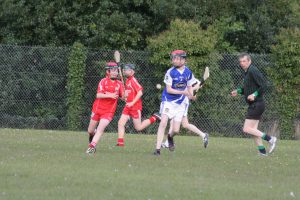 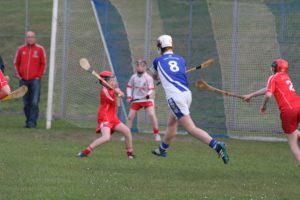 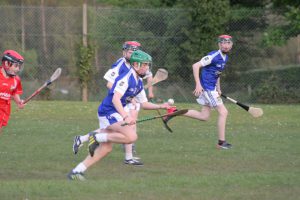 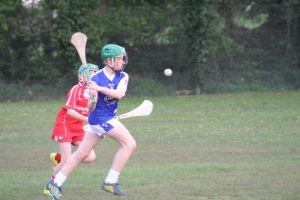 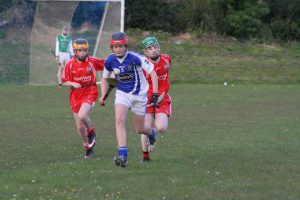 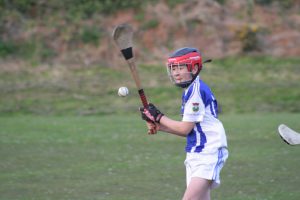