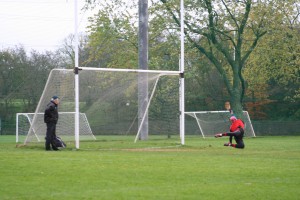 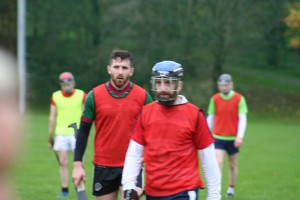 Tomorrow marks the greatest day in Cumann Pheadaír Naofa hurling history when eight of our finest hurlers get to rub shoulders with some of the finest hurlers to ever grace the fields of Ireland. For those of you who don’t know what I’m on about, there is great excitement in this part of Ulster as Kilkenny travel to Páirc Esler with a team of legends of the game, names who everyone will have heard of as great stars of hurling, Shefflin, Carey, Delaney, Hickey & Brennan. Quite an impressive list that extends right into the subs bench and when you look at their achievement they have between them amassed no less than 148 All Ireland senior hurling medals. This is a serious amount of silverware! 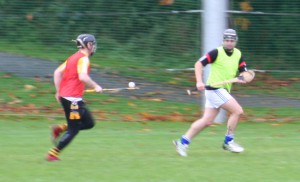 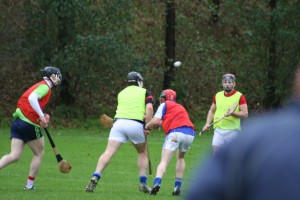 To challenge these giants of the game the St Peters & Ulster select team have some of the greatest stick masters in Ulster. In goals we have 9 time Ulster champion & All-Ireland club winner Chris O’Connell & Down Christy Ring winner Stephen “viper” Keith, both of these guys are excellent shot stoppers and are good readers of the game. With Chris’s club mate Odhrán McFadden in the half backline and Derry’s Liam Hinphey (whose father hails from Kilkenny and played with some former greats himself). The Ulster team will not lack in experience. Upfront the Ulster team will be looking to Ciarán Clarke of Ballycastle and Down Christy Ring winner Daniel Toner of Ballygalget & Newry Shamrocks Paul Sheehan. Some other players to watch out for in the Ulster side are Keadys Conor Corvan, Shéa Gaffney from Middletown & Connor Devlin of Cuchulainns all who have Nicky Rackard medals with Armagh. 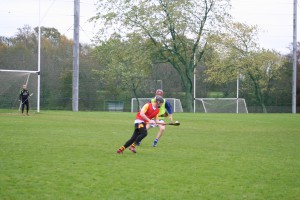