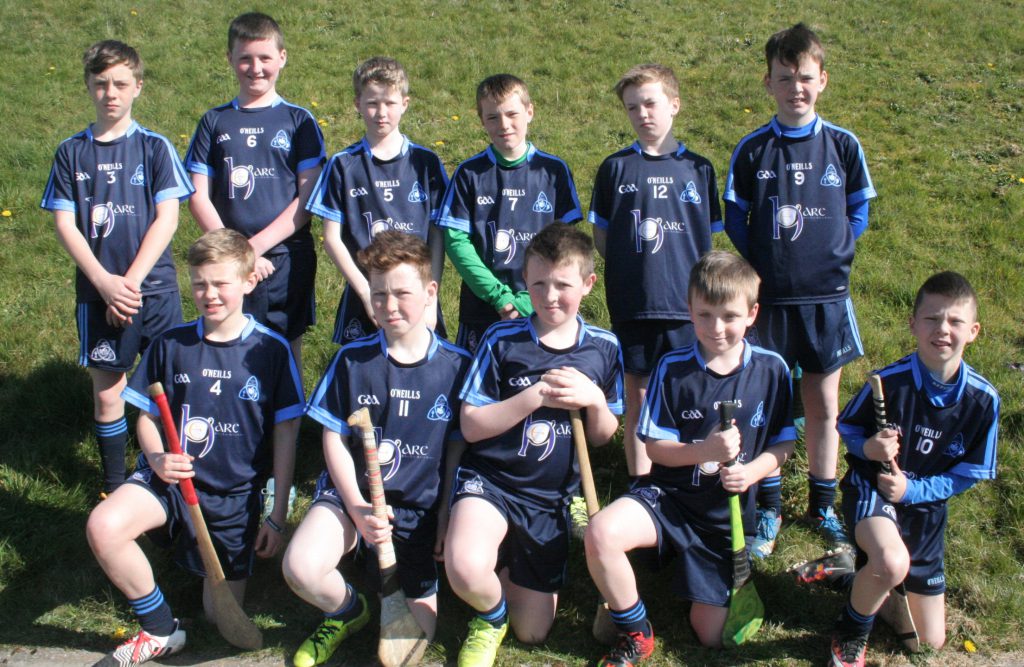 On a lovely sunny day with not a cloud to be seen, the primary schools of the county descended on the Eoghan Rua Pitch in Kilcoo for the 2016 primary schools Féile. With the division one section of the Hurling and Camogie being played in the Ards it meant that the focus on Division two was once again set in the heart of County Down. St Dallans fielded a very strong side in the Hurling section of the competition and were expected to do well. Five schools were to contest the Division 2 hurling title, St Dallans Warrenpoint, St Malachy’s Castlewellan, St Malachy’s Kilcoo, Carrick Burren and St Mary’s Aughlisnafin, with all teams playing each other in a round robin competition to decide which of them were to gain the top two spots for the final. All games were to be seven minute nine-a-side games.

Upon arrival in Kilcoo and quickly given instructions the Warrenpoint side had little time to get set up and it was straight down to action. Up first St Dallans found their Castlewellan opponents a tough nut to crack and although there was a lot of pressure put on the Castlewellan defence it was they who were to score first, but the fighting spirit of the blues eventually broke down the St Malachys defence for Darragh Austin to point an equaliser two minutes from time. The Castlewellan side never gave the Warrenpoint side any time on the ball and the blues found themselves very quickly closed down when in possession.

There was to be no rest for the boys as they went straight into their next game against Carrick. The Warrenpoint dominance of the game showed with goals coming from Ben Lock, Jarlath Donnelly and Ruairí McIntyre as well as two points from Caolan Freer & Darragh Austin as well as a pointed free from Ruairí. Carrick found it extremely hard to break down the field and relied much on their Cumann Pheadaír Naofa contingent Oran Murney, Callan Giles, Mikey Keohane, Connaire McMahon & Ronan Doyle.

St Mary’s were up next and the Aughlisnafin side battled bravely only to lose out to a Darragh goal in the end after an entertaining seven minutes.

In their fourth and final game St Dallans took on local school St Malachys Kilcoo knowing that a draw or win would see them qualify for the final, a feat that had never been achieved in the Warrenpoint school’s history. Although coming out on top thanks to a Niall Rice goal and Caolan Freer point the Kilcoo side put the Warrenpoint side under a lot of pressure and could have broken the Warrenpoint sides clean sheets for the first time all day.

With qualification achieved the boys took a well-earned break and enjoyed their lunch in the lavish sunshine. As expected their final opponents were to be St Malachys Castlewellan who also had gone through their campaign undefeated. The final was played as two five minute halves and it was the greens who got their noses in front within three minutes with a long range point to take a half time lead. The team’s swapped ends and the action continued hard and fast with the Castlewellan tackling and blocking being outstanding throughout the day as St Dallans pressed really hard to grab the equalizing score only to be denied by some excellent team work from St Malachys. The St Dallans side had two or three attempts for a point, the closest being a Darragh Austin shot being waved agonisingly wide. With time almost up the blues once again had a chance to level matters but their attempts to force extra time fell just short as the final whistle sounded, much to the delight of the St Malachys side.

Although losing out by the narrowest of margins to a very good side, much credit can be given to the St Dallans boys for the effort given on the day having conceded just two points over the whole tournament and scoring five goals and five points. This is a big step forward for hurling within St Dallans and is a testament to the efforts put in by the teaching staff and coaches of Cumann Pheadaír Naofa, most notably Chris Rooney. 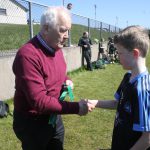 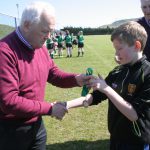 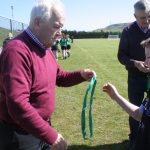 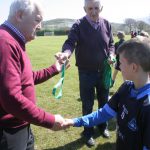 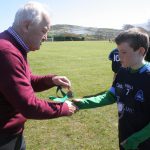 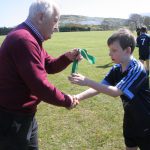 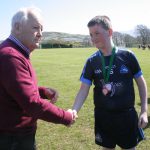 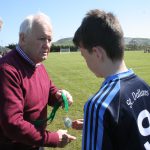 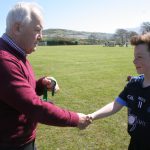 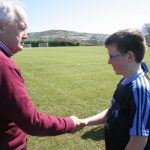