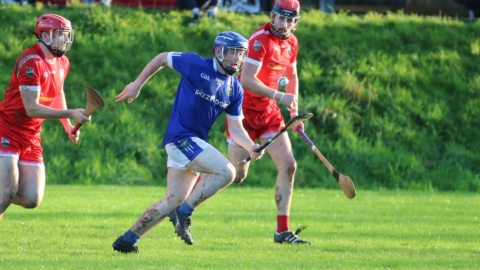 Six points from Ali Higgins and a fortuitous first half goal from Tiarnan Tinnelly was enough to see the blues through to a third successive semi-final in two weeks’ time. In deed Warrenpoint always had control of the outcome of this game, but the soft slippery surface turned the game into a lottery.

The blues were quickest out of the blocks with a Tiernan Murphy free and a Higgins score from play and over the rest of the half John O’Kane, Higgins & Murphy increased the lead for the visitors. When Tinnelly got possession out on the right wing and fired towards the Ballyvarley goal, everyone thought it had dropped over the bar but fortunately for the blues it had evaded Conall McNally and snuck under his crossbar to give the blues a seven-point lead. Ballyvarley to their credit kept plugging away as Conor McPolin pointed from a placed ball only to see the blues move further in front through Higgins and a James Murray point from 40m out. Disaster struck seconds before the end of the half when a high ball into Daryl Freers’ goalmouth was bounced around the square only to see Charlie Lennon get a stick to direct the sliotar to the back of the net.

With a six-point lead Warrenpoint started the 2nd half with points from Oisin Kelly & James O’Hare, but then they allowed the home side to slowly chip away at the lead as McPolin pointed the next four scores. The introduction of Conor Keenan & Tomás Magill settled the visitor as Keenan ended the blues drought with less than nine minutes to play and a Higgins free on 59mins saw Warrenpoint seal a seven-point victory and a place in the semi-final in two weeks’ time. 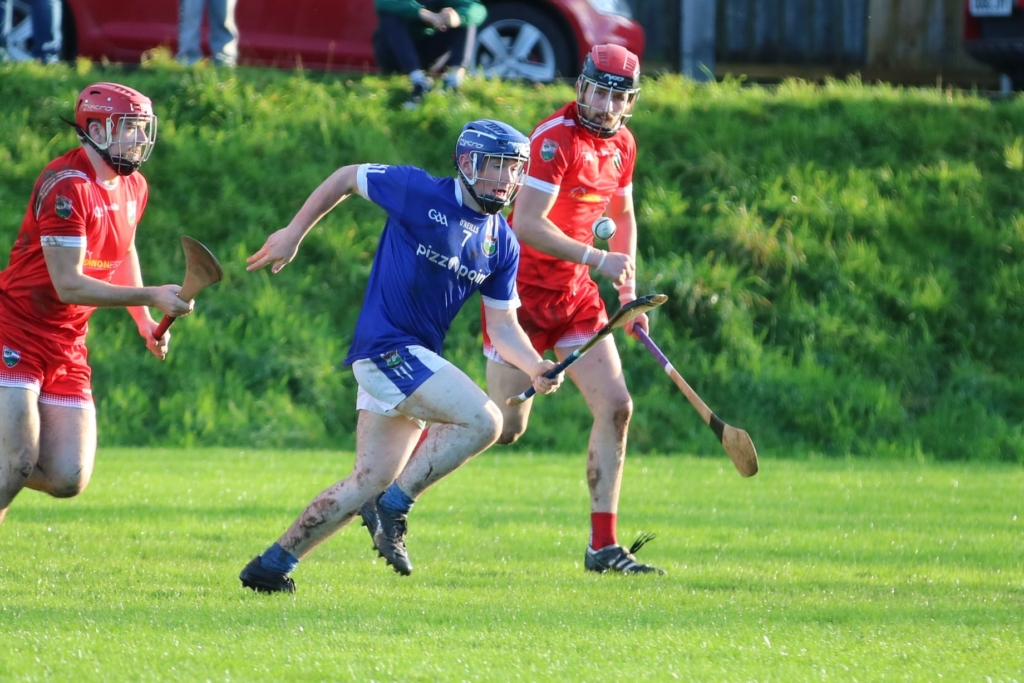