The Minors travel to Ballyvarley for their County final tomorrow, 2pm in Ballyvarley after having the game postponed twice over the last month due to Carryduff senior’s involvement in the Ulster championship. The south Belfast side rely on three/four of their minors to backbone the senior squad. Manager Adrian McNally & Raymie Beggs know full well that Carryduff will have several boys who will have had several hard games under their belts already which will stand to the ‘duff lads, so in order to counteract this the two wise men have called on the help and experience of several of our own senior panel, with players of the calibre of Conor Keenan, Tom Daly, Chrissy Rooney & John O’Kane to prepare the blues for a fast, high tempo game. The blues have many talented players of their own throughout the side and much will be expected of county player Joey Beggs, the McParland brothers James & Niall, along with Shane Rooney and senior players Cathal Fegan & Fergal Murphy who will coincidently be going for his second minor medal in after Rostrevors’ win in the football a few weeks ago.

From all in Cumann Pheadaír Naofa we wish you all the best and look forward to seeing some silverware in the club tomorrow evening. 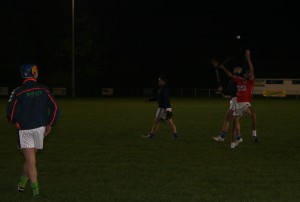 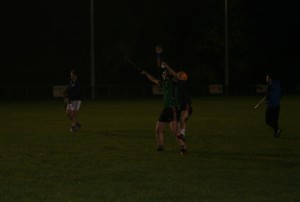 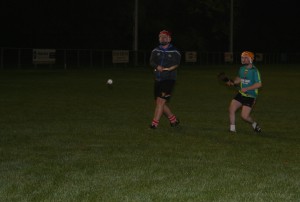