Cumann Pheadaír Naofa played an exciting game of hurling in Milltown on Friday. After a first half which saw a flurry of goals and some excellent hurling from both sides, Newry Shamrocks eventually prevailed on a score line of 3-9 to 4-2.

The last time the Cumann Pheadaír Naofa U14s played was in their Group 2 Féile semi-final against Shamrocks, a game that Newry won by a large margin, so tonight the blues faced a big test against a strong Newry side with some strong skilful hurlers.

Captain for the year Eoin Cassidy led the line superbly, gathering puckouts from keeper Jason Young who was excellent throughout, ably assisted by half forwards Oisín Magone and Oisín Kelly. James Russell was always looking for work in a full forward line that saw plenty of action in both halves and he was rewarded when he reacted first to a sliotar ball in the square to drive the ball home for his first goal of the season. Shamrocks controlled the second quarter of the game and with some strong play up the middle, notched two goals as the Blues went in at the break two points down, despite having dominated possession.

The second half was a tense affair with the ball moving from end to end at great speed. Tiarnán Tinnelly, James Murray and Sean Morgan held the half back line very well all through both halves. Zac Mackrell had a superb game for the blues, carrying the ball with great purpose and delivering some excellent balls into the full forward line. Niall Somerville and Jack Houlahan had some agonisingly close misses in the second half and with the game approaching full-time; there was just a point in it. Keeper Jason Young made a couple of great saves in the second half but was powerless to stop a great shot which left the blues 4 points adrift. Despite a few goal mouth flurries that’s how the game ended. The final score line was a frustrating one for the blues, but the players deserved immense credit for responding so well to a big defeat against the same opposition in the Féile just last week. Improvements are being noticed all around the field and hopefully the whole panel of boys are enjoying their hurling. Next up for the U14 hurlers is a home match against Ballyvarley, throw in 7.30 at Milltown on Friday night. 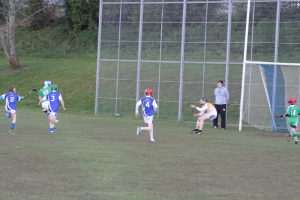 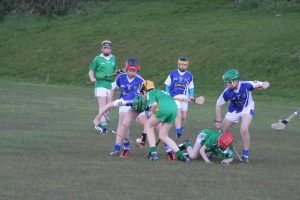 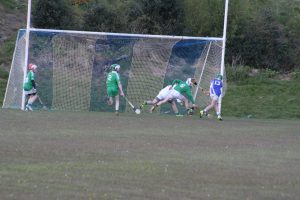 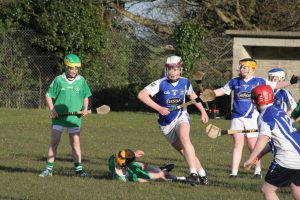 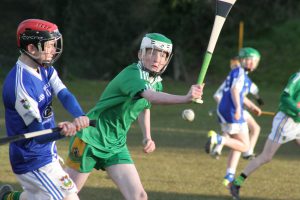 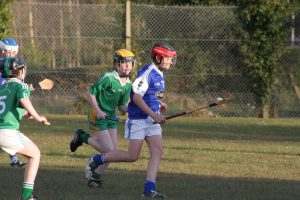 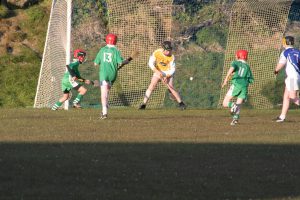 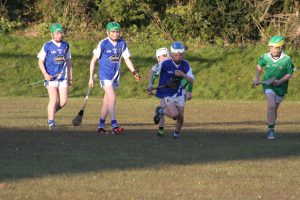 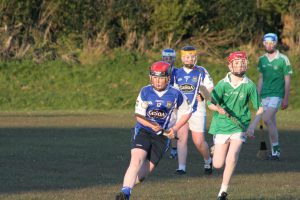 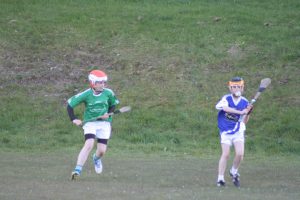